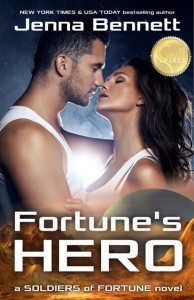 Quinn Conlan was bleeding to death.

Slowly, steadily, one drop at a time. One big-ass drop. He could feel the mechanism at his wrist working, opening and closing the artery to let the blood ebb and flow. At this rate, he calculated, it would take him about an hour to bleed out.

Down on the floor, a few of the drops turned into a trickle, and he watched as it made its slow way to the big drain in the middle of the room. And down it went, soon to be followed by others. Many others.

He put his head back and closed his eyes.

It wasn’t a bad way to go. It wouldn’t be quick, but it was mostly painless. A slight burn in his wrist every time the mechanism opened to let another few minutes of his life hit the floor. But compared to the other things that had been done to him in this room, it was nothing. The med tech had made sure of that. They weren’t trying to hurt him. Not this time. By now, they must have realized that pain wouldn’t make him talk. Been there, done that. Kept his mouth shut. So they’d decided to let him sit here instead, perfectly still, perfectly conscious, perfectly unable to move, as he watched his life drain away, drop by drop by drop. An hour from now, when his limbs were weak and darkness started to descend over his eyes, they’d expect him to call for help. That he’d start babbling, and tell them what they wanted to know.

They’d brought him within a hairsbreadth of death before and revived him each time. Always their choice, never his. And this time would be no different. He wouldn’t call for help, and they’d wait until it was almost too late to save him—almost, but not quite—and then they’d bring him back. Again.

He’d never thought there’d come a day when he’d welcome death. Always figured he’d fight to the bitter end. Beat death, or die trying. But when it came down to it, it hadn’t taken long. Just a few months in the prison camp on Marica-3, and weekly sessions with the camp’s medical team—the best in the galaxy, both when it came to bringing a prisoner to death’s door and to making sure he didn’t walk through it—and here he was, ready and willing to die.

Hell, scratch ready and willing. Try eager. He’d die now, this hour, this very minute, if he could cheat them out of being able to revive him again. If he could will himself stone dead right now, he’d do it.

A sound at the door brought his head up. The exsanguination must be happening more quickly than he thought, because it was already a little harder to move, and a little more difficult to make his eyes focus.

A woman. They’d sent him a fucking woman.

And not just any woman. He recognized this one. She’d been at his earlier sessions, standing in the background taking notes while the doctor injected him with something that made him feel like he was being boiled alive. She’d watched out of those cool, green eyes as he writhed in pain and screamed until his voice was gone. Writing on her goddamn clipboard. With not a flicker of emotion on that perfect alabaster face.

Quinn wet his lips and cajoled his rusty vocal chords into cooperating. “Come to watch the big finish, sweetheart?”

Her eyes flicked to his, the clear green of glacier ice under brows the shape of bird wings. “It doesn’t have to end this way.”

Her voice was lovely, as cool and clear as those eyes. And as devoid of emotion. If he’d had the strength, Quinn would have laughed. As it was, all he could manage was a smile, and a weak one at that. “Sure it does.”

She monitored the progress of the blood flow from his wrist between glances at his face. “You could tell them what they want to know.”

Them. Like she wasn’t part of the same unholy alliance.

One of those exquisite eyebrows raised. “You would rather take the whereabouts of the rebels to the grave with you? I’m not so sure they would return the favor. Are you certain you aren’t sacrificing yourself for nothing?”

It would be almost laughable if he wasn’t twenty minutes from bleeding to death.

“I think we both know that ain’t gonna happen, sweetheart. Ten minutes from now, just when I think it might be too late to revive me, someone’s gonna run in here and pump me full of synthetic blood. And next week I’ll be back in this room with high and mighty Doctor Sterling and his toys again. We both know it, so let’s just stop pretending.”

He looked away. Down to the floor in time to see another sizable trickle of blood head down the drain.

For a second, nothing happened. Then he heard her heels click on the floor, a quick, angry rhythm. At the door, she turned for a final salvo. “You think you’re so smart, Captain Conlan. But we’re smarter. You’ll see.”

The door opened and shut with a slam.

“Yeah, yeah,” Quinn said, and closed his eyes again to wait for the darkness. With any luck, he’d be unconscious for a day or two before he woke up and realized he was back in hell.