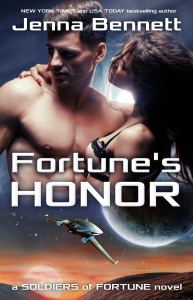 To save himself, his friends, and his mission, a fugitive must put his fate in the hands of the last women he should trust—the same woman who sent him to prison four months ago.

The door led into a dusky hallway, concrete floored and walled, and thankfully empty. It was lined with heavy steel doors on either side. He tried to open the nearest two, but they were locked tight.

The hallway ended in a stairwell at the front of the building, where he could see light spilling down from the next floor and hear male voices speaking. Rhenish. When he moved a little closer, limping carefully down the hallway, he could see the bottoms of spit-polished boots walking back and forth half a flight up; the same type of boots he had on his own feet, even if his own were a bit less than polished after his trek through the Marican wilderness and the streets of Calvados.

He retreated to the back of the hallway again as quickly and soundlessly as he could, and stopped next to the door where he’d come in. Obviously he couldn’t go out the front. And he couldn’t yet go back out into the alley, where the Maricans were probably in the process of kicking the crap out of the young Rhenian guard. He supposed he could stay right where he was awhile, and hope that no one came down to the basement, but if someone did, he’d be screwed.

No sooner had the thought crossed his mind than there was a scraping noise. Halfway down the hall, a doorknob turned. Holden’s heart jumped up into his throat and continued beating there.

There was only one way to go. On his left was another staircase, this one narrow and utilitarian. Servants’ stairs? Overflow?

Whatever. It was a way out of trouble at the moment, and he’d take it. Whatever lay up there couldn’t possibly be worse than what awaited him if he stayed put.

A green felted door greeted him on the first floor, half a flight up. From behind it, he could hear the buzz of voices and the clink of glassware or bottles.

The second floor looked much like the first: another wooden door upholstered with green felt to cut down on noise. It was a lot quieter up here, and he had to put his ear to the crack between the wall and door before he could hear anything. Another, quieter buzz of Rhenish reached his ears, and the occasional flap of something that sounded like paper. Sometimes a rolling sound.

It took a few seconds, but eventually his mind supplied the interpretation: cards and dice. Gambling.

Amazing, that he’d even had to think about it. Used to be, the sounds of cards shuffling lulled him to sleep at night. You’ve come a long way, baby.

He trudged on, his ankle protesting each step. The next floor looked much like the basement: a long corridor with doors on either side, ending in a wider stairway at the front of the building, and a window looking out into the night. The yellow glow of a street lamp shone in. All the doors had some sort of lock or contraption on them: a metal box with a steady red light. Holden moved close to the nearest one and squinted.

Yep, a lock. With a slot for credits. A hundred of them. Too expensive for lavatories, so this must be some sort of hotel, maybe. A place for the guards to sleep off the excesses of drinking or gambling? Or hell… maybe he’d walked straight into a dormitory for Rhenian guards?

At least he fit in, in his gray wool. And he’d put money on his own Rhenish—accent and vocabulary—against any of them. Just as long as they didn’t get close enough for a good look at his face he’d be all right.

The window overlooking the street had bars on it. Scratch that for a way out, then.

Not that he was the type to fling himself head-first out a three story window under the best—or worst—of circumstances. If it was that or capture, maybe, but otherwise, he’d just as soon rely on his ability to talk his way out of tight spots. Leave the heroics for people like Isaac and Quinn. And Toby.

Goddamn Toby, sacrificing himself so the rest of them could get off the shuttle. It was all Toby’s fault Holden was here in the first place.

But maybe the Rhenian guards were just drunk a lot. Homesick or depressed, so far from their home world. Drinking to forget the atrocities they were perpetrating on the Marican people. They couldn’t all be soulless monsters. Just look at Elsa. It might have taken her a while, but now she was as human as any of them.

Anyway, someone might have pitched out the window at some point, all accidental-like, and now they made sure it wouldn’t happen again. Hence the bars.

The stairs ended here; there was no way up to the roof. And as he stood there, the door opened on the floor below.

Heart thudding against his ribs, he made his way down the hallway toward the front stairs, moving carefully past what he had to assume were occupied rooms.

Halfway down the row, there was a green light on a door, and he hesitated in front of it. An empty room, unless he missed his guess. But a hundred credits to open it… that was a lot of money, when they didn’t have much between them and every little bit was desperately needed.

It’d be stupid to spend the money. He should just make his way downstairs again. He could take his chances in the alley. The Maricans had probably finished brutalizing the unconscious guard by now, and were gone.

But as he hesitated, he heard footsteps on the front stairs as well, and suddenly the hundred credits seemed a small price to pay to avoid being caught. Hands shaking, he fumbled through the credits in his pocket while the footsteps echoed in his head and shivered up his spine.

They passed the second floor and kept coming. Breath hitching in his throat, Holden fumbled the credits into the slots on the lock. Twenty-five. Fifty.

Seventy-five slipped through his fingers and he had to pick it up from the floor and try again. Finally he got the last credit into the lock and heard it tumble.

The steps passed the third floor. Holden shifted from foot to foot, wincing at the pain in his ankle yet unable to stop fidgeting. Any second now, whoever was coming would round the bend in the stairs and see him standing here.

The lock clicked, and he punched the handle down. As he threw himself into the room, the top of a gray hat appeared in the stairwell below.

For the first second or two, everything was silent. Holden pressed himself against the wall beside the door and endeavored not to breathe as he strained his ears to listen for sounds.

He couldn’t hear any. Not from outside.

After a moment, however, he became aware of sounds inside the room.

A soft light turned on, and Holden gulped.

Not a hotel, you nitwit. A brothel.

He was in a bedroom. With a woman.

A beautiful woman, with the sheets clutched to what looked like her naked body, and with long, black hair tangled across her face and flowing over her shoulders.

And then she reached up to push the black tresses out of her face, and the world tilted, and all he could think was, “Ah, fuck…!”

She recognized him at the same time he recognized her. For a second, an expression of alarm crossed that beautiful face, and fear flashed in her eyes. Probably thinking he was there to kill her.

No shit. He should. And not just because she deserved it, but because if he didn’t, she’d have the guards on him in seconds.

He lifted the laser pistol. She lifted her hands, and the sheets dropped to her waist.

“Don’t what?” Her voice was the one he remembered: smoky and warm, with that hint of amusement it always had whenever she spoke to him. Like she was secretly laughing inside. Laughing at him.

“Just pull the damn sheet up.”

She grinned but did it, covering what had to be the most perfect pair of breasts he’d ever seen. “You’re blushing,” she informed him.