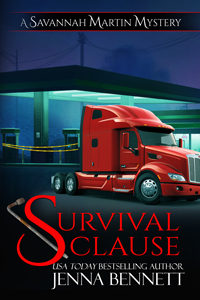 It started, as such things often do, with a phone call.

“Where are you?” Tamara Grimaldi’s voice asked.

My husband, whose phone it was, answered, “On our way home from dinner. Just leaving Beulah’s.”

Beulah’s Meat’n Three is a favorite of Rafe’s, and he’s a favorite there, seeing as he once had a fling—a very brief fling, a long time ago—with the owner.

Grimaldi hesitated. “Savannah’s with you?”

“And the baby,” Rafe confirmed, with a glance at our four-and-a-half-month old daughter in the backseat.

Grimaldi hesitated again. And must have decided that the circumstances outweighed him being saddled with the two of us. “Get to Broad and Green as fast as you can. Tucker’s got a kid on the ground and is sitting on him.”

Rafe’s lips tightened and he dropped the phone in my lap. The tires screamed as he made a tight U-turn, barely even slowing down, before jamming his foot on the gas pedal. The Volvo—because we were in my personal car, not the Chevy that was his loaner from the police department—lurched forward. I fumbled the phone up to my ear. And I’ll admit I was a little breathless. “Where are you?”

Subtext: Why can’t you go to the corner of Broad and Green and deal with Sergeant Tucker yourself? She was Tucker’s boss. Rafe wasn’t, and Tucker has zero respect for Rafe even aside from that.

That explained it, then.

Or maybe not. If the Maury County sheriff was at the murder scene, surely the chief of the Columbia police didn’t have to be?

But now wasn’t the time to worry about it. The Volvo was zooming up the highway toward Columbia at a heart-attack-inducing eighty miles an hour, and Rafe was weaving in and out of traffic, narrowly dodging the other cars.

“Tell me about it later,” I told her. “If these are my last few moments on earth, I want to enjoy them.”

Grimaldi snorted, and Rafe shot me a look. “I know how to drive, darlin’.”

“Eyes on the road,” I told him, as I dropped the now-silent phone in the center console. Grimaldi had gone back to her murder scene. “Want to tell me what’s going on?”

“You heard everything I heard.”

He zipped around a slow-moving Cadillac that looked like my mother’s. I peered out the side window. Yep, there she was, staring wide-eyed at me. She’d recognized my car too, of course. The shadow next to her was either her best friend Audrey or maybe my sister Catherine, since Bob—Mother’s gentleman friend and the guy she’s living in sin with—was at Grimaldi’s murder scene.

Or more likely she was at his. But either way, he wasn’t with Mother in the car.

I gave her a wave as we shot past and back into the right lane, just before we got flattened by a big, black truck with bug lights on top. The driver leaned on the horn, a deep, angry bass.

“Sergeant Tucker is over at Broad Street and Green, and he’s apprehended somebody,” I paraphrased from the phone. “That’s his job, isn’t it? Won’t he be upset if you show up and take his drug dealer away from him?”

Tucker worked narcotics, so this wasn’t clairvoyance on my part. Or prejudice, either.

“I ain’t aiming to take nobody away from him, darlin’. Just make sure he doesn’t kill the guy.”

No. Rafe had been a young, black thug himself back when Tucker had arrested him, at eighteen, for assault and battery.

In Tucker’s favor, Rafe had started it, and he had definitely both assaulted and battered the victim before Tucker got there. I’m sure my husband would be the first to admit that Tucker had had every right to arrest him.

He glanced at me, and as usual, read my mind. “Back when he arrested me? He mighta twisted my arm a little extra hard when he was trying to restrain me. Pretty sure I remember taking a couple of punches while he was trying to peel me off Billy.”

My eyes narrowed, and his lips curved. “I’m sure I wasn’t making it easy for him.”

His hands tightened on the wheel and the car shrieked on two wheels around the corner of Broad, but his voice was just as calm. “I don’t think he’s trying to hurt this kid. Might rough him up a little if the kid fights back. But if he had a history of that, it’d be in his file.”

Yes, it was. As far as most people in Columbia knew, Rafe was working for the local PD as an investigator, after being fired from his job at the TBI—the Tennessee Bureau of Investigations—in January. Unbeknownst to those people, he still had his job with the TBI, and was on loan to Grimaldi, and the two of them were working on cleaning up the Columbia PD after the previous chief had been hauled off in the back of a squad car. So far, they had mostly cleared one investigator of suspicion, and had taken another away for murder. Tucker was still an unknown. We knew he didn’t like Rafe much, but there were good reasons for that—Rafe had, indeed, not made it easy for Tucker to peel him off Billy Scruggs back then, and then he’d had the audacity to come back to Columbia as a colleague and the new chief’s pet investigator. So it was understandable that Tucker was resentful. But that didn’t mean he wasn’t honest.

Up ahead, we saw a squad car parked at an angle across the street, lights flashing, and a knot of people. Some of them were holding cell phones. I could see the blue of the screens in the gathering dark.

Rafe pulled the Volvo to a stop, and pushed his door open. “Stay here,” he told me, even as he had one foot on the ground. “Don’t get out of the car.”

I shook my head, but he had already slammed the door and was on his way across the blacktop to where Sergeant Tucker did, indeed, have one knee on the back of a prone figure that was face-down on the street, unmoving.

Two officers hovered nearby. They weren’t actively helping Tucker, but they weren’t actively interfering with him, either. They gave off a vibe of hand-wringing, like they didn’t like the situation much but didn’t quite know what to do about it, and about their superior officer. One of them had a hand on his weapon and one eye on the crowd that had gathered, but since no one was threatening to come any closer, he didn’t actually move. The other man had half an eye on Tucker and the other on us. When he saw Rafe get out of the car and come toward him, like the wrath of God descending—if that isn’t too religious an analogy—I could see his shoulders brace. His partner glanced at him, then at Rafe, and squared his own. A couple of the phones in the crowd swung toward my husband, and I understood what—or some of what—Grimaldi had been worried about.