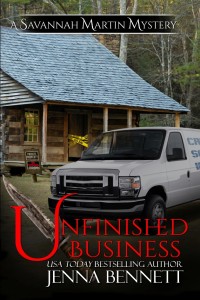 When realtor and recovering Southern Belle Savannah Martin wakes up alone on what is supposed to be her wedding day, she isn’t sure what to think. Did her fiancé—bad-boy TBI agent Rafe Collier—decide he couldn’t face being shackled to one woman for the rest of his life… or is something more sinister going on?

Savannah’s mother Margaret Anne, in Nashville for the nuptials, is certain she knows the truth: her future son-in-law has always been an ill-bred cad, and leaving his pregnant girlfriend practically at the altar clinches it. But the people who know Rafe aren’t so sure. Wendell Craig with the TBI and Tamara Grimaldi with the Metro Nashville PD suspect foul play, and set out to prove it.

Shortly, a dead woman turns up in Savannah’s house. Rafe’s son David goes missing from church camp on the Cumberland Plateau. And a shadowy figure from Rafe’s past is stalking them all—a knife-wielding serial killer who likes to hurt women, and who has a score to settle.

Now Savannah must solve the murder, find David, and avoid getting herself killed… or she can kiss her happy ending—and Rafe—goodbye.

I woke up alone on what should have been my wedding day.

That might not strike you as unusual for a bride, but I was living in sin with my husband-to-be, and it was quite a while since I’d woken up alone in bed. Usually I woke up with Rafe’s arm around me, his hand splayed protectively over my stomach, and his nose buried in my hair.

Today, his side of the bed was empty and cold. 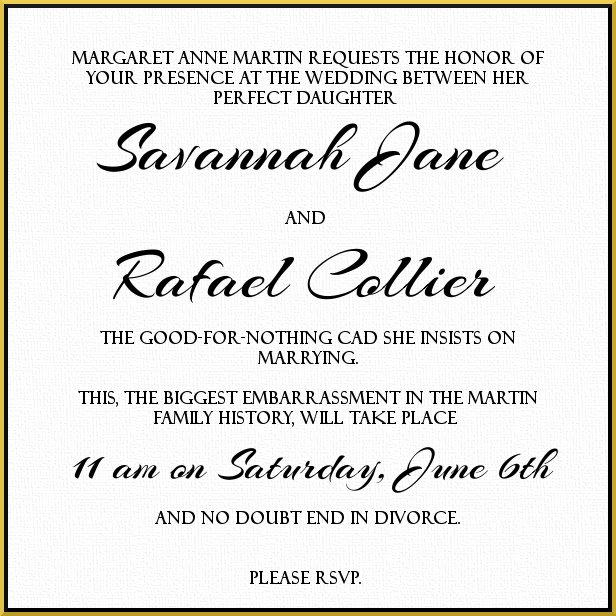 Under normal circumstances, I might have reasoned he’d just gone to work. But he’d taken the day off to get married, so he wasn’t on the clock today.

And it was almost nine o’clock. He’s usually a pretty early riser. I’m not, since I’m four months pregnant and spend much of my time feeling like I’ve been bitten by the tsetse fly. But at this point of the morning, and especially given today’s agenda, I would have expected him to have woken me up.

I spent a few moments listening to the sounds of the house. It was June, and approaching ninety-five degrees outside, so the A/C was pumping cold air through the vents. The system hummed. Other things hummed, too. Electrical things. Things like the refrigerator downstairs, and probably the TV and the computer. It’s never entirely silent anymore unless the electricity goes out.

But while I could hear electrical humming, and birds singing outside, and the sound of car tires going by on the street, I couldn’t hear any sounds of activity inside the house. If Rafe was up, and downstairs, he was being very quiet.

I swung my legs over the edge of the bed. The hardwood floors were cold from the air conditioning as I padded toward the door. “Rafe?”

There was no answer from downstairs. I grabbed a robe from behind the door and shrugged into it as I walked across the landing to the stairs. I didn’t think anyone was in the house, but I’m still well-bred enough that I don’t wander around in the altogether with my breasts and pregnant stomach on display. You never know when someone might be standing on the porch with his nose pressed to one of the windows.

No one was. The foyer downstairs was deserted, and the porch and yard were empty, as far as I could see. I padded down the hallway toward the kitchen, glancing left and right as I went.

The first room on the right was the library, where—ten months ago—Rafe and I had discovered Brenda Puckett’s butchered body lying in front of the fireplace. We hadn’t been living here then, of course. The house had belonged to Rafe’s grandmother, and Brenda Puckett was a realtor colleague of mine, who was trying to sell it.

There was no one in the library now. On the right was the parlor, also empty, and the dining room, ditto. I ended up in the kitchen, at the back of the house, and looked around.

The first time I’d walked in here, the second week of August last year, it had had avocado green appliances and a cracked and peeling linoleum floor. Now it was gorgeous, with new cabinets, hardwoods, and stainless steel appliances. The baby I was carrying had been conceived on the table that stood in the middle of the room.

It was, however, empty. I walked around, peering at the table, the counters, and the refrigerator, but Rafe had not left a note.

My phone was upstairs by the bed, charging, but he hadn’t called, either. Or texted me. If he had, I would have woken up.

I padded back upstairs to put on clothes and brush my teeth. That done, I tried calling him. The phone rang twice, three times, and then went to voicemail. “This is Rafe. You know what to do.”

And then I went back downstairs and ate breakfast—bagel with cream cheese and chives, my go-to craving throughout the pregnancy so far—while I waited for him to call back.

The logical part of me tried to convince the other parts that he was probably just at the gym. He’d woken up early—a little nervous about what today was, maybe—and had decided to get in an early workout, and take his mind off the fact that in twelve hours, he’d have shackled himself hand and foot to the same woman for the rest of his natural life.

It made sense, and I wouldn’t blame him. Getting married can be scary, especially when it’s your first time. And it was Rafe’s first time. I’d been through it once already, and knew I wasn’t making the same mistake twice. But he’d never been here before, and it was natural that he’d be a little worried.

I would have thought he’d be home again by now, though. We weren’t planning a big ceremony, just a quick stop at the county clerk’s office. My first wedding—to Bradley Ferguson when I was twenty-three—had taken place at the church where I’d been christened as a baby, in Sweetwater, Tennessee, an hour or a little more south of Nashville.

But while Rafe was also from Sweetwater, I knew he hadn’t wanted to get married there. He never goes back to Sweetwater if he can help it. And because I know his feelings about the place, I certainly wasn’t going to insist on a wedding there, with a reception following at my ancestral home, the Martin Mansion.

No, we were going to the courthouse, and my brother and sister were driving up from Sweetwater to witness the ceremony along with our friend, Metro Nashville Homicide Detective Tamara Grimaldi, and Rafe’s boss at the Tennessee Bureau of Investigations, Wendell Craig.

It was going to be an intimate occasion, to put it mildly.

Was it possible that he and Wendell had gone out for breakfast before the big occasion?

They’d been out together last night. Rafe hadn’t wanted a bachelor party—nor did he have many friends he could invite to one, after spending ten years undercover for the TBI. The friends he’d made during those years were mostly in jail by now, and wouldn’t wish him well if they’d known he was getting married. But he and Wendell and some of the rookies Rafe was training to be agents, had gone out for a beer after work yesterday, to celebrate Rafe’s last night of freedom.

Which was ridiculous, if you ask me, because I certainly wasn’t going to stop him from going out for a beer with the guys after we got married.

But at any rate, he’d been out.

And now here I was. Alone, on my wedding day.

I pulled the phone over and dialed Wendell’s number.

Back in the day, when Rafe was undercover, Wendell had been his handler, and Wendell’s phone had been the only way I had of getting in touch with Rafe. I’d call Wendell, Wendell would tell Rafe, and Rafe would call me. For a couple of months, whenever I’d call, Wendell would tell me I’d reached a car lot, or a grocery store, or a pool hall.

Those days were over. Now he simply said, “Craig.”

“This is Savannah Martin,” I said. And just in case he didn’t remember me, I added, “Rafe’s girlfriend.”

“I know who you are, Savannah.” He sounded amused. “You getting ready for your big day?”