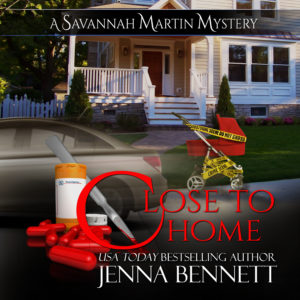 The kind of late that comes with midnight feedings and the pitter-patter of little feet. And while it’s a circumstance that should make everyone happy – now she can finally settle down and marry Todd Satterfield, the way everyone’s been hoping and praying! – it isn’t Todd’s baby. And Rafe, whose baby it is, didn’t sign on for fatherhood. Savannah hasn’t seen him or heard from him for two months, anyway. So what’s a girl to do? Keep the baby and become a single mother, or terminate the pregnancy and pretend it never happened?

Add in the murder of Savannah’s sister-in-law – Dix’s wife Sheila – the criminal court trial of a murderess Todd’s prosecuting – a woman who just happens to be Sheila’s friend Marley – and the disappearance of Rafe’s twelve year old son David – the kid he never knew he had! – and things get complicated fast.

And there is worse to come: When Rafe comes back to Nashville to help look for David, and learns that Savannah’s pregnant, things do not work out the way Savannah hopes. In the end, she’s left with nothing she wanted and a whole lot of trouble she didn’t, and for once, Rafe’s not there to save the day.