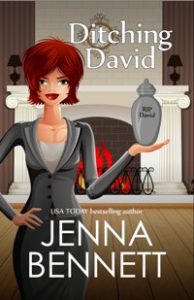 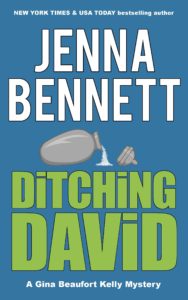 from the end of chapter 1…

Our court date was the first Tuesday in September, the day after David’s birthday. I thought long and hard about buying him a gift—we’d been married for eighteen years, and part of me would always love him—but in the end I decided against it. It would send the wrong message. I did call him, though. At work. Where Rachel answered the phone. “Hollingsworth and Kelly. Rachel speaking.”

There was a beat, and then Rachel found her voice. “Hello, Mrs. Kelly.”

I hadn’t expected warmth, since I’d never received any before, but I’d thought that perhaps the fact that David had been cheating on me might have made her a little more kindly disposed towards me. Guess not.

“One moment.” She clicked off. I heard a few seconds of Muzak, and then David’s voice.

An awkward silence followed, as I wondered what had possessed me to do this. David probably wondered the same thing.

“I just called to wish you a happy birthday,” I said.

That was all I really wanted to say, so another awkward silence descended.

I was just about to hang up when he spoke again. “Gina?”

“I’m sorry,” I said, in spite of not being sorry at all. “I must be missing something. You’ll talk to the judge about what?”

“The prenuptial agreement,” David said, as if it was obvious.

“The one you signed when we got married.”

Yes, I had signed a prenuptial agreement. But— “That only applies if I’m the one leaving you,” I reminded him. “You’re the one who wanted the divorce.”

There was a noise on David’s end of the line. To this day I’m not sure whether it was a smothered laugh or his version of “Oh, shit.” He didn’t say anything. And then he hung up. The sound of the receiver being replaced in the cradle was very soft in my ear.

“What do you mean, he’s right? He can’t be right!” My voice was shrill, approaching the register where only dogs would be able to hear me. I forced myself to take a breath and calm down. “We talked about this, remember? The prenup only applies if I leave him!”

“And you did,” Diana said. “When you filed for divorce first.”

“But he’s the one who asked for the divorce!”

“But he’d already bought another place to live! He had a new girlfriend!”

“And if we can prove that,” Diana said, “and make a case for abandonment, the judge might agree to throw the prenup out. It’s worth a try.”

That didn’t sound encouraging. Nor did the word ‘abandonment’ sound nice. I hadn’t really been abandoned, had I?

“What does this mean?” I asked, my voice rather small, even in my own ears.

“But I’ll get nothing! I won’t even be able to pay you!” I’d be penniless, living on the street.

“Then we’d both better hope it won’t come to that,” Diana said.