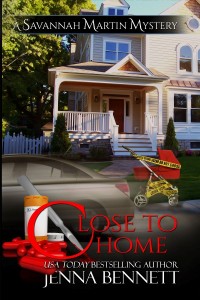 Savannah’s late. The kind of late that comes with midnight feedings and the pitter-patter of little feet. And while it’s a circumstance that should make everyone happy – now she can finally settle down and marry Todd Satterfield, the way everyone’s been hoping and praying! – it isn’t Todd’s baby. And Rafe, whose baby it is, didn’t sign on for fatherhood. Savannah hasn’t seen him or heard from him for two months, anyway. So what’s a girl to do? Keep the baby and become a single mother, or terminate the pregnancy and pretend it never happened?

Add in the murder of Savannah’s sister-in-law – Dix’s wife Sheila – the criminal court trial of a murderess Todd’s prosecuting – a woman who just happens to be Sheila’s friend Marley – and the disappearance of Rafe’s twelve year old son David – the kid he never knew he had! – and things get complicated fast. And there is worse to come: When Rafe comes back to Nashville to help look for David, and learns that Savannah’s pregnant, things do not work out the way Savannah hopes. In the end, she’s left with nothing she wanted and a whole lot of trouble she didn’t, and for once, Rafe’s not there to save the day.

When Rafe Collier came back from the dead, I was late.

Not the kind of late that mother always drummed into me is rude and inconsiderate, because it makes other people feel I don’t value their time or consider them as important as myself. In mother’s book of Southern etiquette, making someone wait is a sin of equal magnitude with eating dessert on a date or wearing white shoes after Labor Day.

Rafe wasn’t that kind of dead, either. I knew that. (Except for eight pretty bad hours when I’d thought he’d really died, before I realized it was all part of a big, elaborate hoax the Nashville PD and the Tennessee Bureau of Investigation had cooked up.)

See, earlier this fall, someone had sent a contract killer named Jorge Pena after Rafe. Jorge was very good at his job—this was per Rafe, whose opinion I tended to trust on things like that—and when word came down from the Sweetwater sheriff that Rafe was dead, I’d believed it. It wasn’t until eight hours later—eight horrible, interminable hours—that I learned the truth: Rafe wasn’t dead, Jorge was. The powers that be (and they didn’t include Sheriff Satterfield in Sweetwater) had decided that Rafe should take Jorge’s place, to try to figure out who was paying Jorge to kill him. The fact that there was a slight resemblance between them—both tall, dark and dangerous—only helped with the illusion. Rafe had left Nashville for parts unknown six weeks ago, and while he was away, I’d realized I was late.

As in, I should have gotten my period, and didn’t.

Yes, I was that kind of late. The kind that results in morning sickness and the pitter-patter of little feet.

“I’m sorry to hear that,” my brother answered, his voice as clear in my ear as if he were sitting right next to me instead of a couple of counties over. “What’s your problem?”

The emphasis told me I wasn’t the only one with problems. Maybe our sister Catherine had called him to moan and groan. Or maybe Todd had. Dix’s best friend, assistant D.A. Todd Satterfield, had probably called to whine about me, and about the fact that I hadn’t yet accepted his proposal of marriage.

Or maybe something was going on with Dix himself. Although what kind of problem could Dix possibly have, with his perfect wife, his perfect children, and his perfect career?

Still, I’ve been trained well. I asked. Making sure my voice was sympathetic. “What’s wrong?”

“Nothing you can help me with right now. Except maybe by giving me a distraction. What sort of problem, sis?”

Dix was quiet for a second. “I’m sorry,” he said. “I could have sworn I heard you say you’re pregnant.”

“You did say you’re pregnant.”

He waited. When I still didn’t speak, he added, “Well, that did it. I’m distracted. Are you sure?”

Of course I was sure. It wasn’t the kind of thing I’d toss around if I weren’t. I’d bought six different over-the-counter pregnancy tests, all different brands, two of each so as to safeguard myself against any mistakes, and all six had come out positive, one after the other. I was definitely pregnant.

“Well, are congratulations in order?” Dix asked. “If you don’t mind my saying so, you don’t sound happy.”

“I’m not sure how I feel.” Other than scared out of my mind.

“Because of the…” he lowered his voice, “miscarriage?”

I’d had a miscarriage some three years ago, while I’d been married to Bradley Ferguson. I had told Catherine about it, and she had told mom, and at some point I guess someone had told Dix. It wasn’t me. It’s not the sort of thing you discuss with your brother. “How do you know about that?”

“Catherine told Sheila.” His voice changed subtly on his wife’s name, but I didn’t pursue it. In retrospect I realize I should have, but at the time I had other things on my mind.

“That’s part of it,” I answered. “It was not a good experience.”

Understatement of the year. Bradley and I had lasted less than two years before we called it quits, so I guess it had been for the best really, but at the time it had been difficult.

“This’ll make Todd happy, anyway,” Dix said, trying to look on the bright side. “Now you’ll have to marry him.”

I didn’t answer. Couldn’t bring myself to come right out and say it. “It isn’t Todd’s baby.”

And then I didn’t have to. When I didn’t say anything, Dix read my silence. His voice changed. “Oh, sis. What have you done?”

“Something stupid?” I don’t know why I posed it as a question. I’d been stupid, no doubt about it.

“I’d say. You slept with him? And you didn’t make sure you were protected? What were you thinking?”

I’d been feeling. Needing. Enjoying. But not thinking. Too wrapped up in the moment, I hadn’t given the possibility of getting pregnant a thought until I didn’t get my period on time. And Dix was right. I’d been an idiot. It had been bad enough to sleep with Rafe in the first place, when I knew we’d never have any kind of real relationship, but to do it without protection…!

“No.” Any baby Rafe and I made would have its father’s dark hair, dark eyes, and golden skin. My blonde and blue-eyed fairness might lighten things up a little, like a liberal dash of milk in coffee, but we’re still talking café au lait, not plain vanilla. And since Todd is as fair-haired and blue-eyed as I am, there was no way we’d be able to explain something like that away. Or like he’d want to.

“God, sis,” Dix said, as if he were looking at the picture in my mind and freaking out all over again, “what were you thinking?”

The thing is, the picture was beautiful. A little baby… girl? boy?… with big dark eyes, thick black lashes, and a big toothless smile, holding on to my finger—

“Obviously marrying him is out,” Dix said, popping the bubble.

I nodded. Yes, and not only because he hadn’t asked. He probably didn’t want to. No, scratch that—he definitely didn’t want to. He’d been upfront about it. He wanted me in his bed, but he didn’t want a relationship. Not that he’d said so, but surely if he had, I would have heard something from him at least once in the past six weeks. The whole experience must not have been as mind-blowing for him as it had been for me. He’d achieved his goal of bedding Savannah Martin, and now he was on to the next woman. While I was here, barefoot—I was painting my toenails—and pregnant. Damn him.