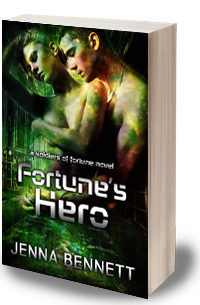 First of all, Happy Easter.

Second, as most of you probably know, my most recent book to be released was Fortune’s Hero, the first book in my science fiction romance series. Or futuristic romantic suspense, if you prefer.

On the dediction page, it says “To Wilfred Bereswill, for planting the seed.”

Will and I first made one another’s acquaintance some five or six years ago, on a group blog called the Good Girls Kill for Money Club.

One of my first few times to post, I told the story about how, one time when I’d been on my way home to Norway to visit family, I’d sat next to a Swedish stripper named Freddy, who offered to father my first child. 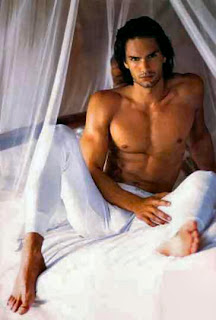 At any rate, I posted and Wilfred immediately piped up with, “Oh, that was you…?”

How could we not become friends?

Fast forward a few years, and after the Good Girls Kill For Money Club folded, we ended up on the same group blog again. This time it was the Working Stiffs out of Pittsburgh. Will and I were the two non-natives: me from Nashville and he from St. Louis.

We met a few times over the years. He brought one of his daughters down to Nashville for an ice hockey game once, and we also ran into each other at Bouchercon in St. Louis a couple of years ago.

Will loved to write short fiction, and in February of 2010, he issued a Flash Fiction Smackdown to the Working Stiffs. Write a complete story in 200 words, beginning with the sentence “If you have to die, February is the best month for it.” He told me later he’d made it 200 instead of 100 because he knew I would refuse if I only had 100 words to play with. I’d been telling him I can’t write anything short, and he was bound and determined to prove me wrong.

It took time – a lot of time; more time than it should have – but I finally narrowed my entry down to 200 words… exactly. It was about a man named Quinn Conlan who sat in a prison on a moon on the outer edge of the galaxy, and everyone thought Will had written it, which struck us both as hilariously funny.

That 200 word flash fiction piece turned into the 4-book series in which Fortune’s Hero is the first installment, so I got the last laugh: turns out I really can’t write anything short.

I copied the link and harried over to Will’s Facebook page and posted it. In a hurry as usual, not paying attention to much. “Hey, Freddy! I think you should do this. Sounds like just your thing!”

It wasn’t until this evening that I got a message from Will’s sister, suggesting that maybe I’d want to take the post down, because Will passed away suddenly on Palm Sunday, and won’t be entering any more contests.

So now I’m sitting here, not knowing what to say. I apologized, of course. Sent my condolences to the family and so forth. Awkwardly.

I’m a writer. I’m supposed to have words, always. But today there are none.

I’ll miss you, Freddy. Thanks for everything. xoxo

7 thoughts on “My friend Freddy, the Swedish stripper”