The fabulous Joyce Tremel threatened invited me to take part in this blog chain thing going around called The Next Big Thing. It’s for writers, and has to do with our WIPs – or Works in Progress, for the uninitiated.

The deal is, someone tags you, you answer ten question about a new or recent project, and you tag five more people who wait a week and do the same. Joyce tagged me last week (check out her post and her WIP here), and I’m hereby tagging the following victims… um… writers for next week:

Be sure to visit their blogs next week to learn about their WIPs.

Now, onto the good stuff:

What is your working title of your book?
Contingent On Approval – a real estate term that means that someone’s concent or agreement is necessary to move forward with the transaction.

Where did the idea come from for the book?
It’s a novella that takes place right after the events of A Done Deal, my 5th Cutthroat Business mystery that was released last Christmas. It ends on Christmas Eve, with the hero and the heroine tumbling into bed together. It’s taken them five books to get there. Not physically, because they’ve been in bed together before, but to a point in their relationship where they’re actually committed to one another.
I thought the series was over at that point, or at least I never really planned past it. But as I was reading a lot of holiday novellas myself last Christmas, the idea came that maybe I should write and Rafe’s version of a Christmas novella.
I played with it a little last year, but then I had to start working on other things because deadlines were coming due. I picked it up again a week or so ago, and aim to have it finished and out by December 1. My very first novella!
What genre does your book fall under?
The Cutthroat Business series has been either a five-book mystery series or one long romance, depending on how you look at it. To me, it was always about the relationship between the two main characters, with the romance taking place against the backdrop of the mysteries, so to speak… but I suppose someone else might call it a mystery series with a romantic subplot. Either way, the novella is mostly just a little romantic interlude with not much mystery about it. The biggest question is whether Rafe will survive dinner with Margaret Anne Martin, Savannah’s sainted mother, who is fully capable of slicing a man to ribbons with nothing but her tongue—and whether he’ll still want to be involved with Savannah afterwards.
Which actors would you choose to play your characters in a movie rendition?

Ever since I saw Agatha Christie’s By the Pricking of My Thumbs (2006) with O.T. Fagbenle as Chris Murphy, I’ve pictured him as Rafe. If I can’t have him, I’d settle for either Shemar Moore or Boris Kodjoe, although they’re both about 8-10 years too old for the role by now. As for … I’m not really sure. I’ve always imagined her a bit like Faith Hill: pretty, blonde, and Southern, a girl-next-door type rather than a femme fatale.
What is the one-sentence synopsis of your book?
Guess who’s coming to (Christmas) dinner? Or maybe, Will Rafe and Savannah survive Christmas dinner with Savannah’s sainted mother, or will Rafe decide Savannah isn’t worth the trouble?
Will your book be self-published or represented by an agency?
This is my self-published series – as opposed to the DIY books, which belong to and the Good Fortune series, which goes through Entangled Publishing – so the novella will be self-published.
How long did it take you to write the first draft of your manuscript?
I’m not done yet. I figure another week ought to do it, which will put me at about two weeks, all told. Rather a lot for a 20,000 word novella. I wrote 53K in 13 days in June…
What other books would you compare this story to within your genre? 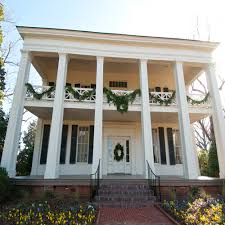 If Janet Evanovich wrote a Christmas novella for Stephanie Plum, I guess maybe that’d come close. Gemma Halliday has a High Heels Christmas story, and Misa Ramirez has a Lola Cruz Christmas story… maybe something like that? It’s like any short novella wedged into an ongoing series, you know?
Who or what inspired you to write this book?
No one and nothing, other than that it seemed a logical continuation of the series as it stood. As for what inspired me to write the series in the first place, it was a combination of reading all the Stephanie Plum books, hearing Tasha Alexander tell me that if she could write a book and become published, I could too, and going through real estate school where there was a lot of talk about safety and empty houses. I had the idea for a new-minted realtor walking into an empty house and finding a dead body, and the rest, as they say, is history.

What else about your book might pique the reader’s interest?
I don’t imagine anything much will. People who have read the first five books in the series, will probably enjoy seeing Savannah and Rafe’s first day together as a couple, but this probably isn’t a good place for anyone not familiar with the series to jump off. I’m mostly just writing it for fun and to keep the readers happy while they wait for book 6, Kickout Clause, to be available in the spring,
* * *﻿

So there you have it. The nitty-gritty on this week’s WIP, Contingent on Approval, in which Savannah wakes up in bed in the Martin Mansion in Sweetwater, looking at Rafe and the rest of her life… just as soon as they both live through Christmas dinner with Mama Martin. The novella should be available around December 1, or so I fondly hope.

3 thoughts on “The Next Big Thing”